Short and sweet… How doe’s your website stack up? Or have you thought about these things before you build your site? 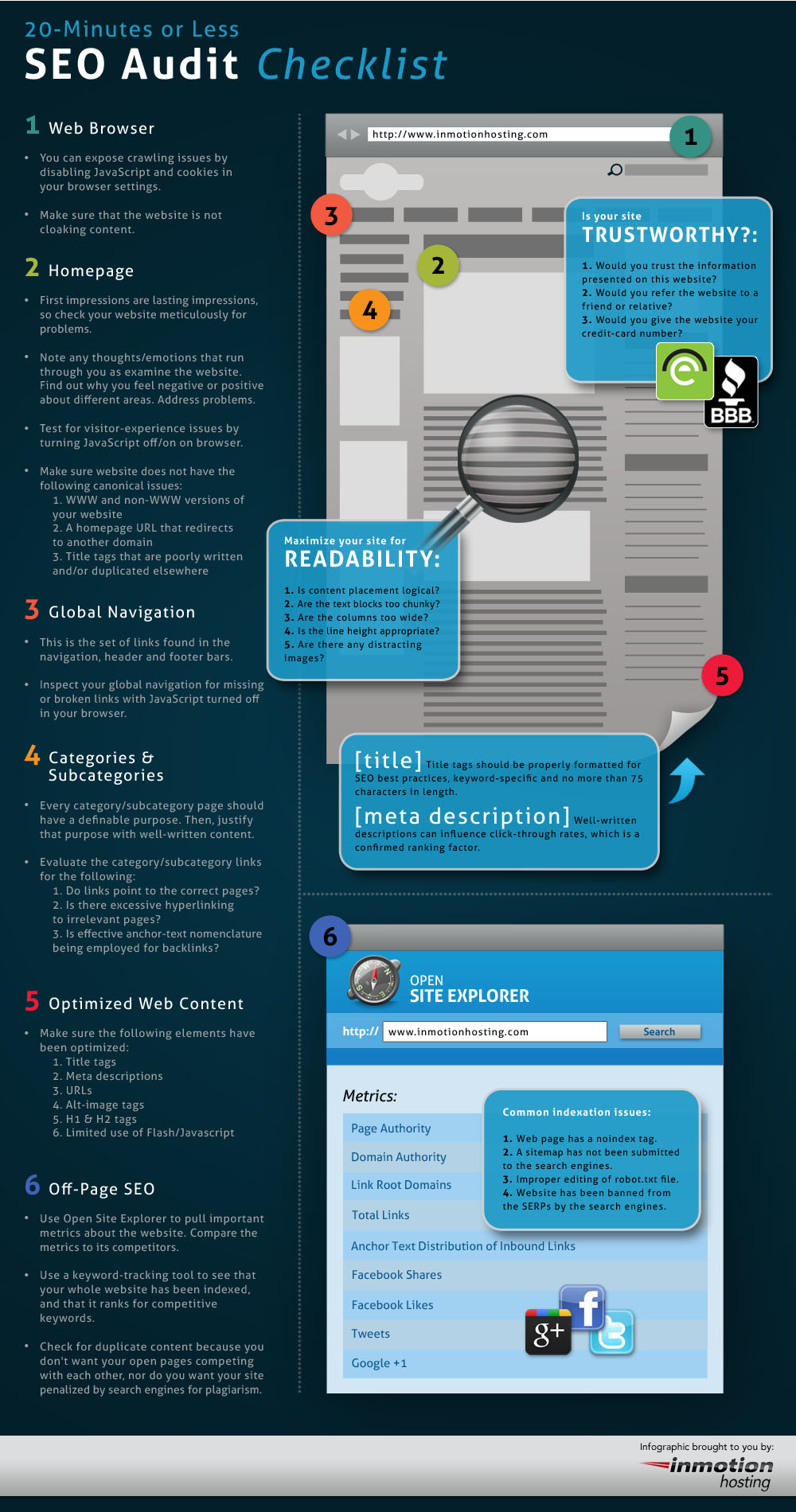 How many people have had to work with a website that was so limited in what you could update and change easily? I had a website once for a big brand that everytime we added new products or a sub category it we would get a quote for over $2k just to make the change… Stitched up, no where to go because we had to get these products online. Thats the problem with fully custom built or using a web design’s own CMS system that they claim has taken years to develop. If you ask for something outside the box they can do it, it’s just going to cost a packet.

I just found this great article on build Vs buy websites.

A common web development scam
There is also a trick that some developers use to ensure you go on to generate considerable future business with them.

What they do is essentially take advantage of your lack of knowledge of web development by building a solution exactly to your specification.

Whilst that might sound like a perfectly normal thing to do, it is really a meal ticket to future business because of the upgrades and improvements that will be required to keep it current.

In other words, they will build you a solution that has poor ‘scalability’.

Because they have worked with clients like you in the past (or at least should have), they will have a pretty good idea of the improvements you are going to want in the near future.

I’ve put together quite a few websites now and stick with open source solutions, I can fully customise and make them do almost anything but updates and changes if not free will be very cheap and easy. There are so many good solutions out there these days.

If you need any advice on any of these topics, get in touch with me over here… That’s kind of what I do…

Have you seen The Cool Hunter before? Pretty rad site, lots of “cool” design and visual treats. In the last five years The Cool Hunter acquired 788,000 fans, the likes on the page were increasing between 1,500 and 2,500 daily. The Facebook page even generated 10,000 clicks to the site, TheCoolHunter.net daily.

Facebook shut down the page in August. The link for the page, facebook.com/thecoolhunter, now simply displays “The page you requested was not found.”

Founder Bill Tikos spoke out online as to why it happened.

No explanation, flimsy warnings, no instructions on what to do next. None of our numerous attempts to rectify the situation and resurrect the page have worked.

And because we suspect there are other businesses in the same bind, we are writing this to seek help and encourage open conversation. This is not a minor problem. This is a huge issue and potentially fatal to businesses. We feel that FB must change its one-sided, secret policies and deal with us, and others like us, openly and fairly.

Below is the story from Emil Protalinski from The Next Web:

I contacted Facebook to verify this. I was told Tikos had received multiple warnings. Here’s the statement I got back:

This account has been disabled due to repeat copyright infringement under our terms and the account has been removed from the site accordingly. Additionally, we have thoroughly reviewed all related reports and have determined that we took the correct action in this case.

That last part is critical. I pressed Facebook to make sure that the cases weren’t just automatically flagged by some filter or too many reports from users. The spokesperson confirmed with me that all the claims of copyright infringement were legitimate.

So, what exactly did Tikos do wrong?

We know of only two infringements – two situations where FB closed our account, and we argue strongly that they were not infringements at all. The problem with this is that you don’t know if what you are posting could irk FB. But even if FB disagrees with the images we posted, are two images enough to kill our account with no chance of recourse?

Well, yes, it’s enough. In fact, Tikos wrote two conflicting statements in his post: “The other reason that could have caused the closure of our FB page is that we sometimes use images even when we do not know who has taken the picture.” and “We have never intentionally broken any FB rules and we are willing to do whatever it takes to get our page back.”

In Facebook’s terms of service ( Statement of Rights and Responsibilities), under the “Protecting Other People’s Rights” section, the first rule is: “You will not post content or take any action on Facebook that infringes or violates someone else’s rights or otherwise violates the law.” Furthermore, in its Community Standards, under Intellectual Property, Facebook states: “Before sharing content on Facebook, please be sure you have the right to do so. We ask that you respect copyrights, trademarks, and other legal rights.”

After all this, will Facebook give Tikos another chance? “No,” a Facebook spokesperson told The Next Web in a statement. “This is permanent removal.”

McDonalds is one of the most successful brands in the world. They are smart with their branding and advertising, there has been backlash in the past at how they have infiltrated certain markets.

But is this too much?

Has the credibility of the Artist gone? Did he ever have any?

“I had my eyes on a prize, a Maccas lamb burger and a fries on the side.”

McDonald’s has taken a bold step into branded entertainment, producing a music video about its new lamb burger.

The song uses former X Factor finalist Johnny Ruffo and the current series’ contestants with a song called ‘Getting Serious’.

The dance-based R’n’B tune aired last night in a commercial break for The X Factor in a 60-second version, with an extended mix to be used through anintegrated campaign by OMD.

The campaign comes a year after McDonald’s launched paid-for documentary McDonalds Gets Grilled by OMD, UM and production company WTFN, which aired on prime time on Seven, and the return of series It’s A Knockout, which aired over last year’s summer ratings break on Ten.

The song has been supported with behind-the-scenes footage as well as a competition on The X Factor website asking fans to vote for their favourite lyrics to be used in the song.

Lyrics include: “I want to hold you with both hands and put my lips on you,” and “I had my eyes on a prize. A Maccas lamb burger and a fries on the side.”

Joanne Liddel, head of OMD Fuse Sydney, who manages McDonald’s sponsorships and integration, said: “Like The X Factor show, McDonald’s has a broad family appeal and is not afraid to have fun! This is exactly what we’ve done with Johnny’s ‘Gettin’ Serious’ song, it’s tongue-in-cheek, high energy with a high production music video that we believe will entertain The X Factor audience.”

“Following the unprecedented success of last year’s ‘Back by Popular Demand’ campaign, it was vital we evolved McDonald’s established sponsorship of the show with engaging and consumer focused content,” she said.

The McDonald’s YouTube channel includes behind the scenes footage.

If only the iPhone had “real” X-Ray powers… Wonderbra have used augmented reality meets image recognition in an iPhone app that allows users to “decode” print, outdoor and youtube ads to undress the models to reveal their Wonderbra garments underneath.

This research is from the UK, but in a global economy / online world I don’t see why it isn’t relevant. Nielsen conducted some research on the organic and paid search click-through-rates. Check the infographic below.

Interesting, if you still decide to focus on pay per click, then the demographic that is most likely to click on your ad is women who is getting on…

Of the 1.4 billion search queries, 94% ended up clocking on the organic search results. While only 6% clicked on the ads.

SEO, a much more effective strategy.

‘The Things That Connect Us’ rolling out over 13 countries, celebrating 1 billion users by looking back at the physical things that connect us, and how Facebook is now doing the same. Remember Facebook only had 100 million users back in 2004.

They have released an ad campaign to celebrate, check it out over here.

I’m off to Las Vegas in less than a month. I’ve been working on a new brand OUT4X4, a brand new Australian Jeep Wrangler Accessories Company. We are yet to officially launch, but our Patent for our latest product is underway and I can start talking about it and showing some of the work we have been doing.

The SEMA trade show is MASSIVE, Look at the size of this thing.

We have a 20ft x 20ft stand in the 4WD and SUV section (the little brown strip upstairs on the right), just this section of the show will be larger than any Trade Show in Australia.

The SEMA Show is the premier automotive specialty products trade event in the world. It draws the industry’s brightest minds and hottest products to one place, the Las Vegas Convention Center. In addition, the SEMA Show provides attendees with educational seminars, product demonstrations, special events, networking opportunities and more.

A few photos below of last years show. Loving the Jeep JK crew out there who really get into their Jeeps.

The OUT4X4 full website has not yet launched, but we have some info up and the blog is up and running already. Check it out. www.out4x4.com

So, I created a website and now I have the ultimate email address, jonno at jonnorodd dot com. Rad. I’ve made it, I can now retire happy. So why personal branding?

Personal branding is, for some people, a description of the process whereby people and their careers are marked as brands.[1] It has been noted that while previous self-help management techniques were about self-improvement, the personal branding concept suggests instead that success comes from self-packaging.[1] Further defined as the creation of an asset that pertains to a particular person or individual; this includes but is not limited to the body, clothing, appearance and knowledge contained within, leading to an indelible impression that is uniquely distinguishable.[2] The term is thought to have been first used and discussed in a 1997 article by Tom Peters.[3]

You can get in touch with me over here…